Make Your Voice Original by Getting Rid of "Received Text" 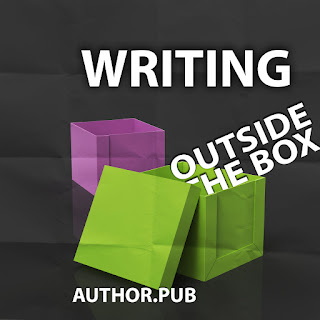 What Is Received Text?
When I first heard the term “received text,” its meaning wasn’t immediately clear. I thought back to my Catholic elementary school lessons, and veritable old Moses grabbing a pair of stone tablets out of the sky. Received text—good? Important? Kinda heavy?
In fact, “received text” isn’t a good thing. It is a form of cliché, received from the nebulous lingo of lazy writing, stereotypes, aphorisms, business jargon, and slang re-digested back into soundbites and advertising copy. It’s our lingua franca, for better or worse: useful enough when it supplies you with easy rejoinders while stuck in an awkward conversation, but unhelpful when you are striving for nuance and originality in your fiction.
Most of us can identify a cliché: fast as lightning. A penny saved is a penny earned. You can’t make a silk purse out of a sow’s ear. (Actually, that one amuses me.) But the English language is full of humdrum, often nonsensical phrases that suck the life out of prose: a home-cooked meal, humble abode, gone downhill in recent years, soon learned, at present, stunning beachfront, fast friends, terrible mistake, flirted shamelessly, rotating cast, newly minted, perfect opportunity, let loose… etc. Any of these can be funny if you use them in full awareness of their unoriginality, and delight your reader with them in an unexpected, even absurd context: in short, if you reclaim the element of surprise.

Because that’s what good writing is. Surprising. Interesting. Creative. If you show up at a restaurant expecting artful food from the kitchen, but get a bowl of pablum, why stay to finish the meal? Clichés are mush. If, however, the food looks okay, and has some flavor but reminds you of every meal you’ve ever eaten at Olive Garden, then you’ll probably finish it but never be back. Received text ultimately has the same effect on a reader; and frankly, though I'm loath to waste money on a mediocre meal, I would prefer the loss to having wasted ten or fifteen hours of the weekend on a mediocre novel.

Fiction is the place to be bold and brave. To tell your truth, no matter how weird it sounds. Recognizing lifeless imagery is half of the task, but the other half—fixing it—is addressed outside of the page, too. To live a writer’s life doesn’t mean wearing peacoats, drinking yourself past the fear of a blank page, or needing to move to a villa in Italy before you can pen a magnum opus.
It does, however, mean keeping a notebook. It means noticing what you think and feel. It means taking your eyes off the damn ball once in a while, and noticing the details that are always around you every single second of the day. It begins with growing once again familiar with your vast capacity for originality, and taking the risk of writing it down. We're all born with these abilities. We grow up and learn to be dull. And then, when we make a commitment to improving our writing craft, we get to relearn our creativity, and cheerfully experiment with it in the lines of a manuscript.

Examples
It is impossible for this single blog post to expunge received text from your writing once and for all. The best I can do is illuminate the first few lamps along the road. So: I've had fun draining the life out of six of my recent, favorite lines in fiction. I used word choices and phrases that I often see as an editor (the underlined parts). The information is the same, but the writing is bland, vague, and off-the-cuff. After each one, you'll see the much-better original.

1. She had an unmemorable face and bleach-blonde hair, and I was thinking to myself that if I were in her boyfriend's shoes I wouldn't want to touch her with a ten-foot pole.

"She is peroxided and greasy, with the flat, stunted features of generations of malnutrition, and privately I am thinking that if I were her boyfriend I would be relieved to trade her even for a hairy cellmate named Razor." (From In the Woods, by Tana French)

2.Rosie's mom was always a bundle of nerves. She was rich and had the luxury of holding a grudge and unchallenged stereotypes. Her fridge held nothing but condiments and old bread. Charlie didn't know what she ate, and once suggested to Rosie that maybe she was a vampire, but she didn't think it was funny.

"Rosie's mother was a high strung bundle of barely thought-through prejudices, worries, and feuds. She lived in a magnificent flat in Wimple Street with nothing in the enormous fridge but bottles of vitaminized water and rye crackers. . . . Fat Charlie thought it highly likely that Rosie's mum went out at night in bat form to suck the blood from sleeping innocents. He had mentioned this theory to Rosie once, but she had failed to see the humor in it." (From Anansi Boys, by Neil Gaiman)

3. Dench was a shifty-eyed hippy.

"This was the grifter in Dench, something violent in the name of freedom . . ." (From "Wings," by Lorrie Moore)

4. That was so typical. WASPy people will make a fuss about a lost kitten, but we Dominicans, we believe in tough love.

"That's white people for you. They lose a cat and it's an all-points bulletin, but we Dominicans, we lose a daughter and we might not even cancel our appointment at the salon." (From The Brief Wondrous Life of Oscar Wao, but Junot Díaz)

5. He looked surprised, and she could see realization dawning in his eyes. He was naive and coddled, and she wished he would toughen up.

"He looked at her in surprise and his eyes changed slowly, like land growing lighter after a cloud passes. He was naive, and it infuriated her the way he still possessed the luxury of disappointment." (From Be Safe I Love You, by Cara Hoffman)

6. She laughed in the face of sadness.
"She seemed to be the only one who could laugh out of sadness, a sadness that made the laughter deeper and louder still, like the echo of a scream from the bottom of a well." (From The Farming of Bones, by Edwidge Danticat)


Read more about Project 2015--making this year your breakthrough year—here.
Posted by Author.Pub at 11:15 AM No comments: