Past Mistakes of a New Author Trying to Get Noticed 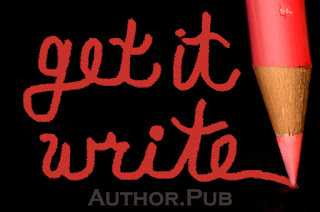 When I started to write my first ever book, I admit I didn’t have a clue. Yes, I knew I had a good story in my head, and I had written much of it down on paper and had painted a lot of the illustrations.  Next was to let friends and family read it. Big mistake, of course, they all say it’s great, loved it, or it’s coming on well, as they don’t want to upset you! Proud as I was, I set off to look for an editor, I asked around a bit and soon came across someone that knew one nearby, so I printed my manuscript (manuscript was a new word for me at that time) and had it spiral bound with my draft cover and all images inside, I paid my near $1,000 and gave it to the editor I also sent a word file of the book, and I waited.

The manuscript was returned by e-mail from the Editor with something else new to me called Track Changes, it seemed to have ripped apart much of my book, and put it in the side column and removed almost all of the commas. Puzzled we arranged a meeting and were told, “These days readers don’t like commas, as it slows the reading, and readers these days are more intelligent, so I have removed most of them for you.” My poor manuscript was in now tatters. Rewrite one began.

That was a hard lesson learned with editors, they are worth their weight in gold, but you have to make sure you get the right one. The one I had used was trained in editing technical manuals! But I didn’t totally lose everything, it had been a valuable lesson, and I then knew how to use Track Changes and now couldn’t work without it.  I soon found a suitable company to edit and format my book professionally and was quite disappointed when it came back after the first round of editing with another half of my book shoved over to the side column.  So rewrite two took place. Following more edits, and months of work rewriting I now knew how writing books worked properly and had something that really was worth reading.

Then I self-published. I remember thinking at the time, now all I have to do was put it on Amazon, pay for someone to design and build a website, and within a year they would be selling like hot-cakes. Duh! Wrong.  I didn’t know that there are somewhere between 600,000 and 1,000,000 books published every year in the US alone, and if you are self-published you are on the bottom of the pile, as your ISBN book number can identify this to publishers.

As I soon found out after sending out dozens of books to major publishers, there was never a single reply. I wondered, “Is my book that bad!” This simply seemed a waste of books and postage. I did manage to get to talk to one major company and they told me they get thousands of unsolicited submissions a week, and hundreds of books delivered a day.  So they simply dispose of them. That’s when it dawned on me that it was going to be a long hard road of reviews, competitions, free giveaways, bigger better websites, blogs, tweets, book clubs, paying for advertising, press releases, and more.

I suppose it works like a filter, only allowing the cream to float to the top. But none of this social media or computer stuff was really me. I’m the artistic one who writes and draws from all that rubbish floating around in his head.  But luckily I had a wife who was so much more of an academic than me, and by this time I had almost finished my second book, and my stupid head was already imagining the third.

We are not gamblers as we have both worked hard all our lives and have earned all we have. But now was the time to be brave, so we were. My wife left her job and started in earnest promoting my books; she built websites and learned how to make video trailers, blogs, Tweets etc. We entered competitions and sent for reviews and generally networked (another first for me). As a team, we gained strength and recognition in the literary world.  Mind you, it doesn’t come cheap, but if you want your books out there you have to be brave.

Seven years of hard work later and it has worked for us. We have some great reviews, have won International Book Awards and been interviewed by radio and newspapers. We are currently in negotiations with a recognized publisher, and a fourth book is on the way.  Yes, it’s a very long hard road, but keep going and don’t give up on yourself. When you win that first award, as we did with Literary Classics Book Awards, it really gives you that boost of energy to forge ahead. Sometimes all you need is for your book to be in the right place at the right time, and it all becomes worthwhile.


International award-winning author, Stephan von Clinkerhoffen, is a Peter Pan character. That’s why his sci-fi fantasy series “The Hidden city of Chelldrah-ham” suits younger readers and the “young at heart”.  Clinkerhoffen’s writing, conceived from his love of mechanics, nature, and art is tempered by humanity and fun.  An Engineering background allows him to develop new ideas, learning from success and failure. He enjoys tinkering with classic cars and motorbikes, and even built his own kit car.  Through his art, Clinkerhoffen embraces the challenge of painting intricately detailed fantasy lands which he depicts in his novels.  Clinkerhoffen spent several years volunteering with the New Zealand Red Cross after Christchurch’s earthquakes. Back in England, after 14 years living in New Zealand, he feels lucky to call the Cotswold countryside his home again.

See links below to find out more about Stephan von Clinkerhoffen and “The Hidden City of Chelldrah-ham” series.
www.stephanvonclink.com
www.amazon.com/Stephan-von-Clinkerhoffen/e/B00Q9S590I/

Email ThisBlogThis!Share to TwitterShare to FacebookShare to Pinterest
Labels: Book editing, Book publishing, Getting your book out there, Where to start with my manuscript